LIFE ALCHEMIA in the European Night of Researchers in Almería 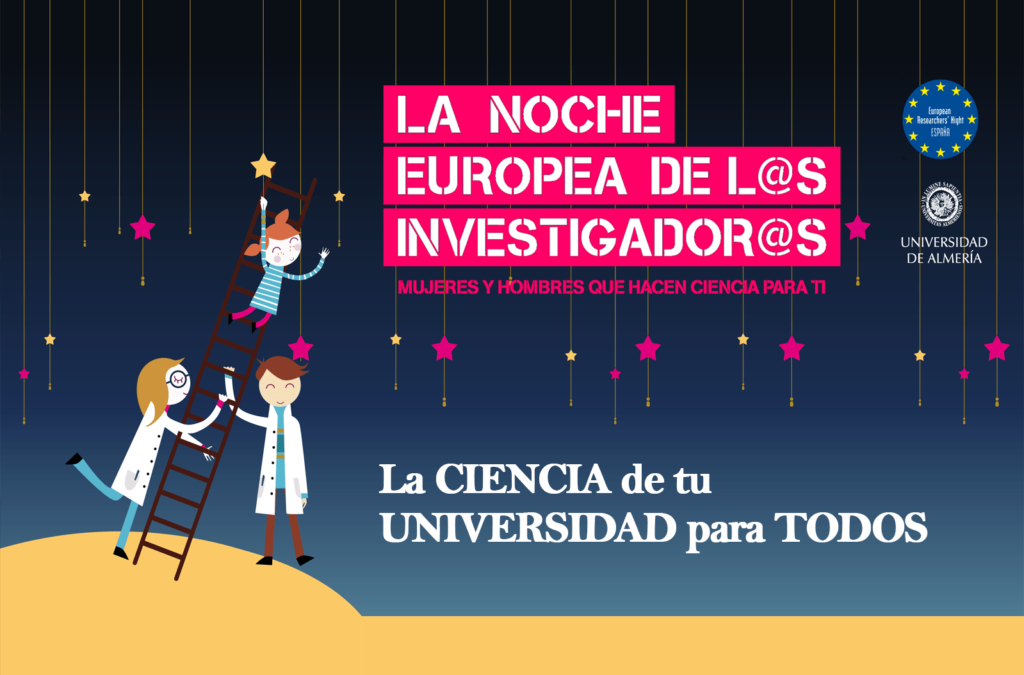 This event is a European project of scientific dissemination promoted by the European Commission within the Marie Sktodowska-Curie actions of the programme H2020, which takes place in more than 340 European cities at the same time since 2005.

The event tries to highlight and increase the awareness about the researcher figure in the society through meetings in which the researchers share their hobbies and work with the attendants. You can find further information about its aims and locations where it was hold here.

In Andalusia, the event was called Open Researchers and it was celebrated in the eight Andalusian capitals.

The LIFE ALCHEMIA stand counted on the present of our partners from CIESOL and DIPALME, who disseminate within the citizens from Almería the problem of the presence of radioactivity in drinking water from several zones of their region and the alternatives suggested to remediate this situation.

Any cookies that may not be particularly necessary for the website to function and is used specifically to collect user personal data via analytics, ads, other embedded contents are termed as non-necessary cookies. It is mandatory to procure user consent prior to running these cookies on your website.